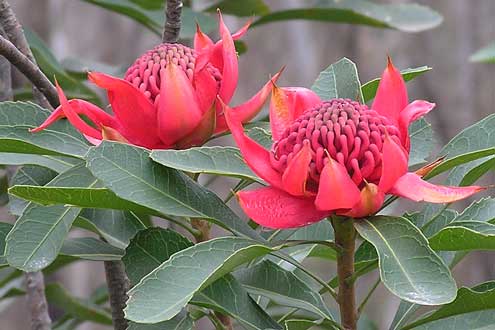 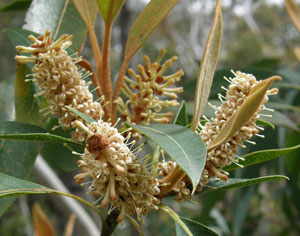 Both belong to the Proteaceae family -

The Waratah is found from Newcastle to Ulladulla and west to Lithgow - fully covering the Greater Blue Mountains.

The Woody Pear covers a similar area but is also found on the NSW North Coast.

Is it a Waratah or a Woody Pear? 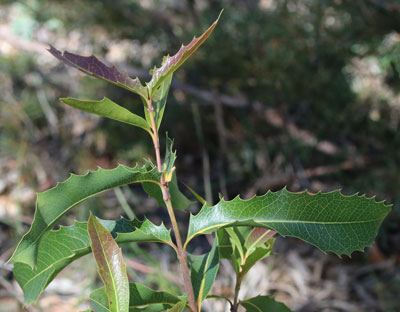 Waratah or Woody Pear?  Photo: Alan Page
They're easy to distinguish when they're in bud, flower or fruit - but when regrowing after a bushfire?

Is the plant shown here a Waratah or a Woody Pear?

Both species are 2-3 metre erect shrubs to small trees and regrow from lignotubers after fire.

Their leaves are similar and they're often found near each other.

It's hard to differentiate between them - except for one clear difference.

This plant is a Woody Pear. 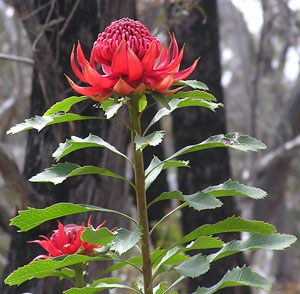 The word "waratah" is Aboriginal for "beautiful", and "Telopea" is Greek for "seen from afar".

Admiring Waratahs in bloom is a highlight of many Blue Mountains bushwalks in spring.

On a walk last year out to Hanging Rock and Baltzer Lookout near Blackheath (Burramoko Trail), I stopped several times and counted the Waratah flower-heads in a 360 degree sweep.

The first time I stopped I counted almost 20, the next time 50 or so. The biggest tally was over 80.

The Waratah is the Floral emblem of NSW.

The Waratah in bud, flower and fruit.
(not the same plant) 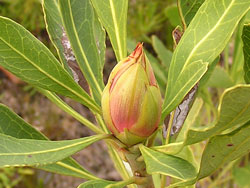 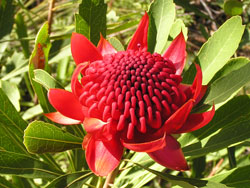 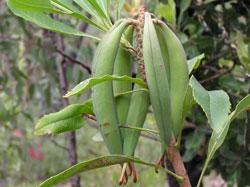 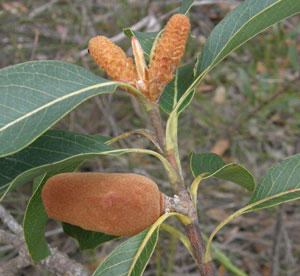 Woody Pear  Photo: Alan Page
The transformation from bud to flower to fruit is truly amazing as the images below show.

The velvety tactile new growth makes you reach out and gently touch its leaves.

The flowers remind you of other members of its family - grevilleas, banksias and hakeas.

Both the Xylomelum and Telopea genus are endemic to Australia.

The Woody Pear in bud, flower and fruit.
(not the same plant) 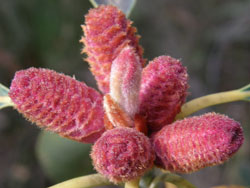 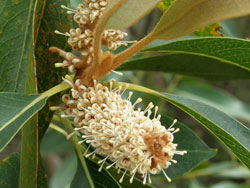 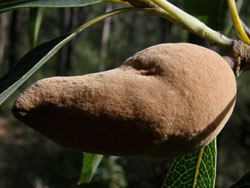