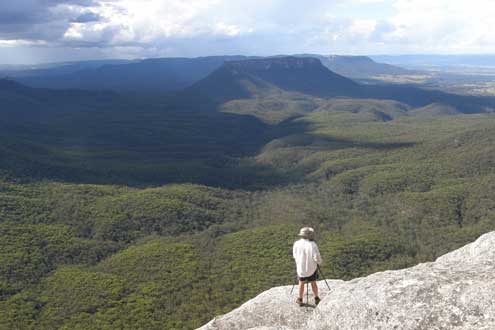 Alan Page and Ian Brown first collaborated in 2010 with the development of the Greater Blue Mountains World Heritage Experience website for the Blue Mountains Conservation Society.

They subsequently realised that a website that embraced the cultural, historic, conservation and landscape (from a nature perspective) of the greater Blue Mountains was required. This website endeavours to provide this. 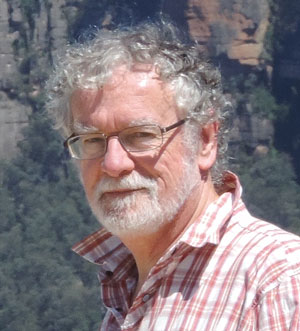 Alan Page
Alan has been involved with computers since the late sixties - graduating from UNSW with a Pure Maths/Computer Science degree in 1969.

The first mainframe computer he programmed had 64K of memory.

In the early seventies he worked with the USAF in Woomera on what was then the largest IBM computer in the Southern Hemisphere. Over the next many years he managed major IT projects for several large organisations - forming his own company (Waratah Software) in 1987.

In 2003 he was able to combine his love of nature, programming and photography with the creation of the Waratah Software website.

Since retiring from "paid work" he has turned his energies to "growing" his own website and developing websites for environmental organisations.

Alan can be contacted via email or via his website. 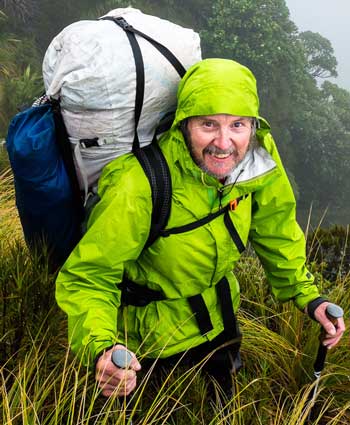 Ian Brown   Photo: Grant Dixon
Ian has been involved with the bush since a slightly destructive childhood on the edge of Ku-ring-gai Chase National Park. Scouts and university converted him into a more serious bushwalker, rock climber, mountaineer and paddler, and he continues to enjoy wilderness journeys as often as he can.

At university Ian studied ecology, geomorphology and conservation and had a 20-year career in national park management, most of it in the Blue Mountains where he has lived for 30 years. Ian has pursued a lifelong passion for the natural world and its protection, and now works as an environmental and interpretation consultant while pursuing other projects in photography, conservation and writing.

Ian's nature photography of the Blue Mountains is well known, and he also ranges over much of Australia and beyond. In his photographs he tries to capture beauty with clarity and integrity. Ian likes to work in a traditional way with a large format view camera and film, but finds that digital equipment is often more practical. 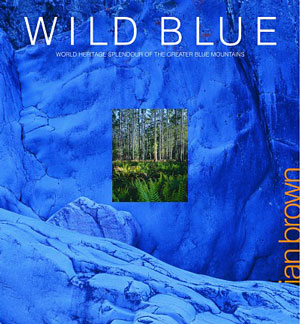 Wild Blue cover
Ian's images have been published in numerous magazines, books, diaries, calendars, websites and displays, and he exhibits regularly in the Blue Mountains. His own book Wild Blue: World Heritage splendour of the Greater Blue Mountains has been described as "a monument to the Blue Mountains" (National Parks Journal) and the images as "elemental and hugely majestic" (The Australian). Each year some of his best work appears in the Wild Blue Mountains Calendar.

Ian's writing has also appeared in many magazines, books and websites. He has worked on numerous projects developing booklets, brochures, information signs and interpretive signs for national parks and similar areas.

Ian has been frustrated that factual and inspiring information on natural aspects of the Greater Blue Mountains has been scattered and of variable depth and quality. He hopes this website will develop as a partial solution to that problem.

Ian can be contacted via email or via his website.