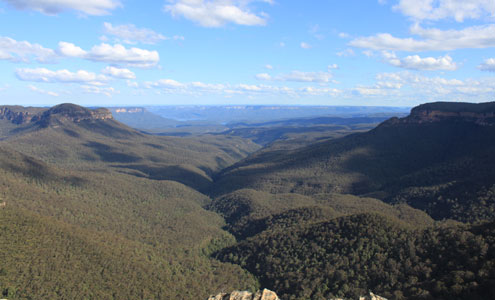 "Both Australia wide and on our Blue Mountains, aspects of conservation especially wild life conservation are of paramount importance.

We must grasp the fact that the problem is not one of withstanding further depredations but of setting our eyes on winning back what in the immediate past has been ignored or lost."

There are many Blue Mountains conservationists; here are a few -

The Blue Mountains area is very well endowed with conservation reserves, but not just because of historical luck. Yes, the landscape is rugged, with much of it unsuited to productive uses, and most reserves all over the world have been created in such places. But ever since the earliest Crown reserves over scenic spots and limestone caves (Wombeyan in 1865, then Jenolan), the protection of nature in the Blue Mountains has only happened because people cared, and then acted.

This work is not yet done. Important areas remain unprotected and vulnerable, while the existing conservation reserves and wildlife continue to be impacted by weeds, feral animals, climate change and other human activities. 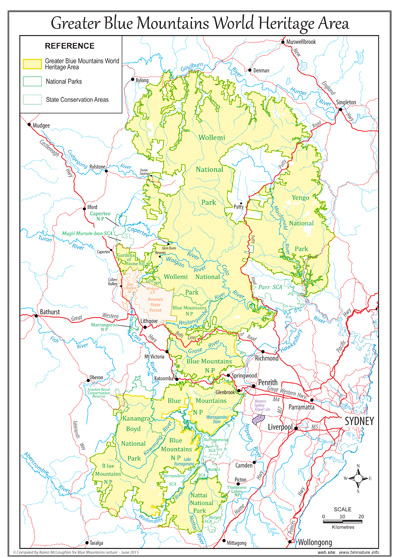 There are five declared wilderness areas which together amount to two-thirds of the million-hectare Greater Blue Mountains WHA. These are -

Other reserves in the region

Other parts of the surrounding region are also protected in various types of reserve. These include -