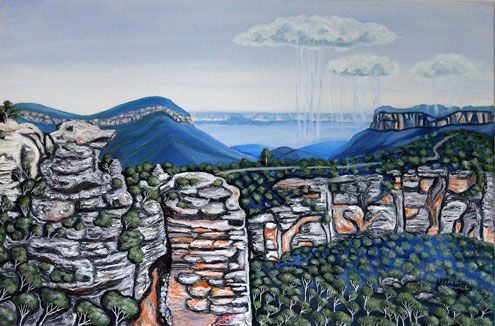 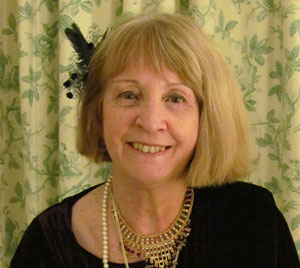 Since her retirement in 2009, Janet has returned to painting and her passion is to paint from nature.

She enjoys painting landscapes, native birds and animals, and has developed an interest in painting in a more contemporary style. 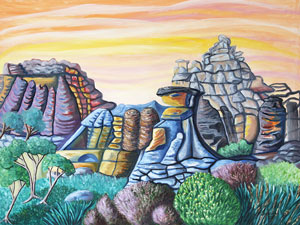 Mystery Landscape at Lithgow  (Janet Andersen)
Late in 2015 Janet received the Landscape prize at the Springwood Art Show and also a Highly Commended Award from the Blue Mountains Artist Network.

She has exhibited at a number of art galleries.

Janet has been quite successful in selling her art work and her paintings have been in the Saturday’s Herald in “Good Weekend” and the Blue Mountains Gazette a number of times. 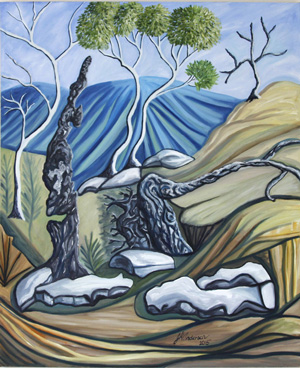 Janet has managed a gallery for the Blue Mountains Artists Network at the Hotel Grandview in Wentworth Falls and with artist friend Beverley has run Gallery 118 at the Katoomba Antique Centre. 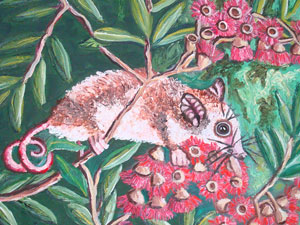 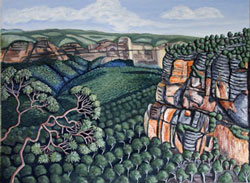 March of the Gum Trees
at Govetts Leap 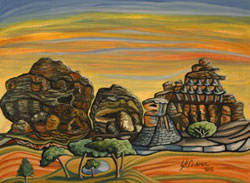 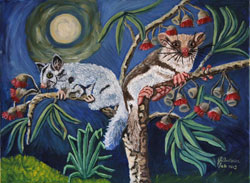 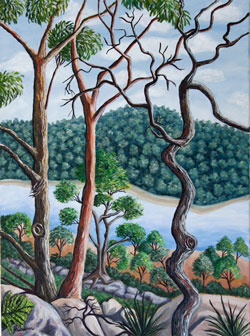 View of the Nepean River 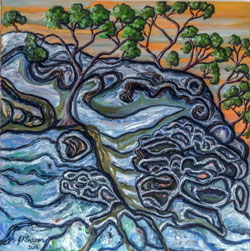 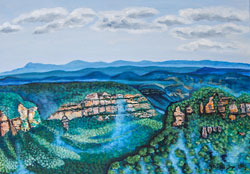