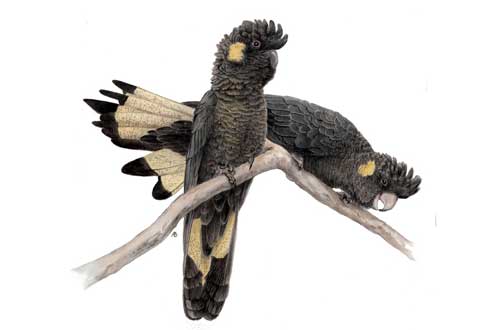 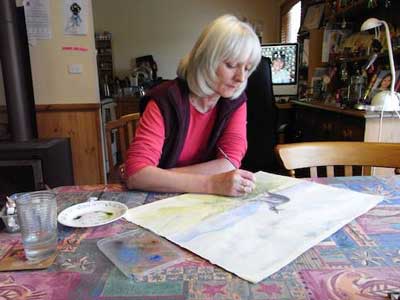 I am an illustrator/author, living in the Blue Mountains of NSW, Australia.

I illustrate fiction, non-fiction and humans, but for various reasons, my portfolio mostly tends towards natural history and animals ..... my background is Zoology.

Much of my work has been for nature reference books, but I have illustrated for children's literature as well.

My first major venture as an author was writing and illustrating a children's picture book on endangered species which was released in 2010. It's called "Count Them While You Can".

It was one of the Childrens' Book Council of Australia's Eve Pownall Notable Books for 2011, as well as being shortlisted for the 2011 Wilderness Society's Environmental Award for Children's Literature. 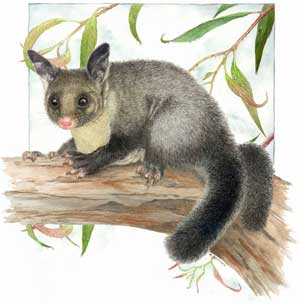 I also worked as a biological model maker for the Australian Museum, finishing artist for the feature film "Babe 2", and as an illustration/model-making assistant for Jeannie Baker for her film "Rosy Dock"...

I work in watercolour, pastel, pencil etc. but have also done some paper sculpture, which is a medium not much utilised in Australia.

Anne can be contacted at this email address.

some more of Anne's art 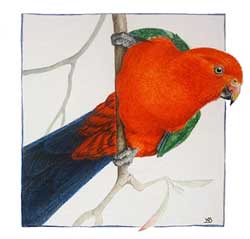 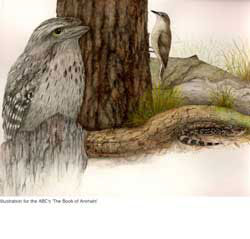 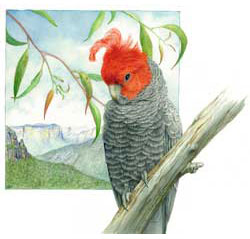 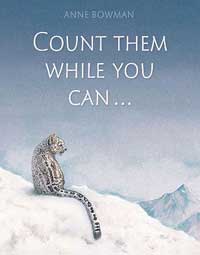 Count Them While You Can . . .: A Book of Endangered Animals

This engaging and highly illustrative book takes the reader on a trip around the world to meet 10 endangered animals whose futures hang in the balance.

We travel from the snow leopard in the Himalayas to the black-footed ferrets in the prairies of Wyoming and South Dakota to show a wide array of animals on the countdown to extinction-some of which are already extinct in the wild.

The ABC Book of Animals

This simple board book uses rhythmic language and beautiful full colour illustrations to introduce toddlers to a range of animals from Australia to Africa to Antarctica. 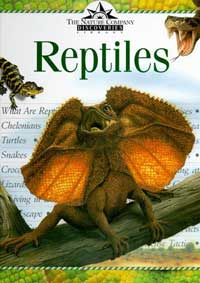 Describes physical characteristics and behavior of reptiles including turtles, crocodiles, lizards, snakes, and other slimy creatures.