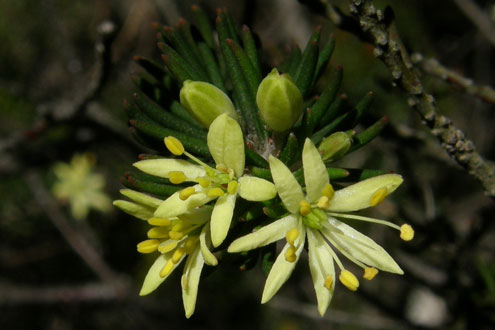 Of the 2,362 species* of native plants in the GBMWHA 400 are protected, and of these 49 are classed as endangered and 59 are vulnerable.
[* - species in this case includes subspecies and varieties.]

Here's the list of the GBMWHA threatened and protected flora species.

What is a threatened species? 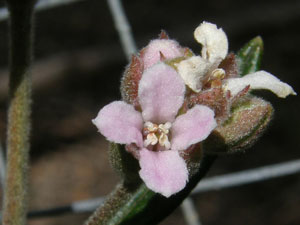 the endangered Coveny's Zieria (Zieria covenyi)  Photo: Alan Page
In NSW, plants and animals are assessed to determine whether they are at risk of extinction. If the risk is high they are listed in legislation, and conservation actions are developed for their protection.

The GBMWHA Native Flora list of threatened species contains status codes for each species; some species have multiple codes. 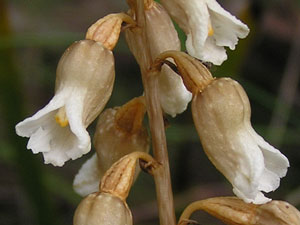 Protected species are not to be disturbed.

Other examples are all orchids native to NSW and flannel flowers (except the Lesser Flannel Flower (Actinotus minor)).

Endangered or Vulnerable. Threatened species that appear on our list use one of the following codes - 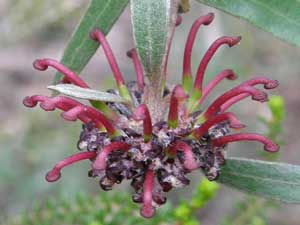 ‘denatured’ means its location is obfuscated or generalised.

An example of Sensitive Species Class 1 is the Wollemi Pine (Wollemia nobilis) which I have added to the GBMWHA Native Flora list as it didn't come up in the PlantNet's list of Wollemi National Park species.

There may be other species who are also not in the GBMWHA Native Flora list due to their locations being withheld.  I for one have no issue with this.

Vulnerable and endangered ecological communities is, at present, outside the scope of this analysis.