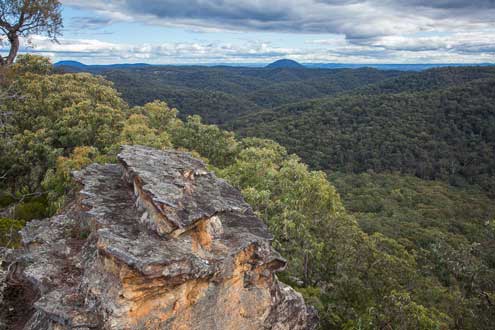 It is a classic sandstone wilderness of interlocking spurs that rises above the Hunter Valley towards a prominent basalt peak – Mount Yengo (668m).

Announcing the declaration of this 119,500 hectare wilderness in June 2009, then Premier Nathan Rees said “wilderness is the highest form of protection for natural landscapes” and “Yengo’s wilderness area will protect threatened species including koalas and brush-tailed rock-wallabies and a number of sites of great importance to the Aboriginal community.” 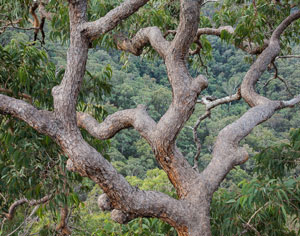 Perched sand beds on the Mellong Plateau are another unusual feature on the western side of Yengo. These are a characteristic of monoclines on sandstone plateaus formed when Australia separated from New Zealand and support their own unique vegetation type – the Sydney Sand Flats Dry Sclerophyll Forest.

Mr Rees confirmed that four-wheel driving and horse riding would not be permitted in the wilderness, and remarked that the boundaries were established following extensive consultation with park user groups. This meant that popular trails for these interests and all of Parr State Conservation Area were excluded. Wilderness protection followed Mt Yengo being declared as an Aboriginal Place of special significance to Wonnarua, Awabakal, Worimi and Darkinjung traditional owners and their descendants, as well as to contemporary Aboriginal communities. Yengo is a very special place but its protection was complicated. 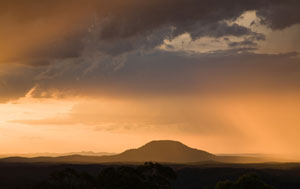 The incoming Greiner government had promised before its election that there would be no logging or mining of national parks, but transfers for control of logging in Yengo to the NPWS sparked allegations of broken promises. Before logging in the park finally ceased, the National Party leader and Deputy Premier Wal Murray claimed that the park promise may only apply to old parks, and that the reservation status of new parks might be reviewed.

While the Yengo logging was resolved in a few months, the inflammatory nature of the controversy set the tone for forest conflict to come, as campaigning settled into a decade of trench warfare with blockades, thousands of arrests, frequent litigation and dramatic, heated parliamentary reviews of court decisions. 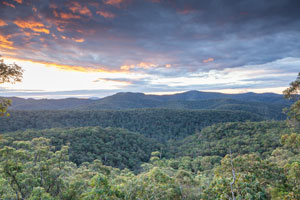 Yengo was consolidated by the purchase of several inholdings using the Dunphy Wilderness Fund.

Due to broad public concern about the iconic area, other funds were found for the acquisition of ‘Big Yango’, a 1,582 hectare property which included private lands on Mt Yengo, which forms the focus of this wonderful park. 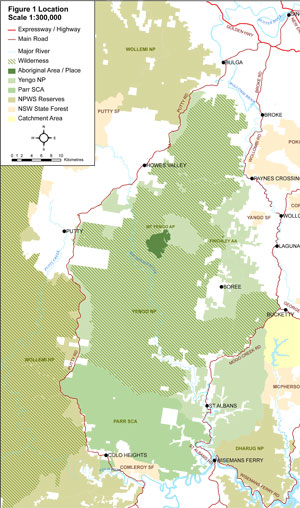 NPWS Yengo Wilderness Map
click the image to access a pdf version (8.8MB)
While there were concessions to user groups, the identified wilderness in Simpson Valley of 7,400 ha and Sandy Creek valley to the east of the Big Yango clearing were declared wilderness, as well as the northern part of Mogo Creek valley.

Retained were 4WD roads, including the Mt Yengo Loop Track, the Howes Valley and Yango Trails, as well as the Old Convict Road, but this last road remains closed at its eastern end by land owners.

Many car camping opportunities are provided at Big Yango – and on the edge of the wilderness at Finchley, Mogo and Heartbreak Hill, among others.

These facilities generally follow Myles Dunphy’s original vision, except for the unfortunate 5,000 hectare central wilderness ‘hole’, an historic artefact of negotiations, where 4WD vehicle access is regulated by permit.

When visitors step away from their vehicles to embrace this country they will find accessible long ridges covered with remarkable wildflower displays, especially in springtime. The wilderness contains most of the Macdonald River catchment, a recognised but unprotected wild river that flows to the Hawkesbury. 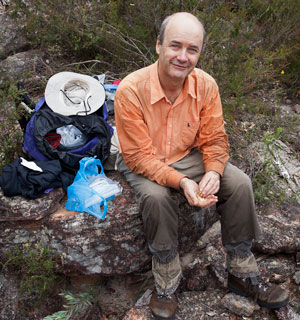 Keith Muir   (Ian Brown)
Keith Muir is the Executive Director of the Colong Foundation for Wilderness and has also worked as a senior campaigner for the Total Environment Centre.

Keith has been at the centre of wilderness campaigning in New South Wales for many years. During his time the NSW wilderness estate has grown to over two million hectares, the Blue Mountains was inscribed onto the World Heritage list of properties and countless threats to these areas overcome.

He has been awarded a Medal of the Order of Australia and a Centenary Medal for his services to nature conservation and the environment.