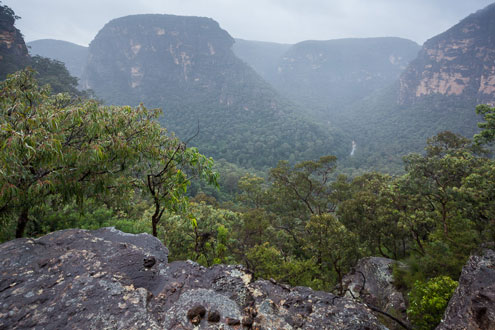 The geology of the area is dominated by Triassic sandstone on the west and Hawkesbury Sandstone to the east. This is underlain by Permian sediments, exposed in talus slopes and valley bottoms on the western side.

There are a number of spectacular basalt inselbergs in the wilderness such as Mt Kerry, Mt Coriaday, Mt Monundilla, Mt Pomany in the north, and Gospers Mountain and Mt Cameron further south. There are many Jurassic volcanic necks (diatremes) in the north that have weathered to form 'holes' such as Gospers and Davis Holes. 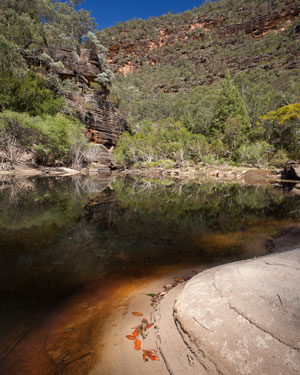 Wollemi Creek   (Ian Brown)
Wollemi Creek, namesake of the
national park and wilderness.
The wilderness is dissected by a number of spectacular river and creek gorges and canyons.

In the south the area is drained by tributaries of the Colo River, including the Capertee (headwaters outside park), Wolgan (some farmland in headwaters) and Wollangambe rivers.

The catchments of the Wollangambe and Wollemi Creeks and the Wolgan River (which also flow into the Colo) are predominantly contained within the wilderness, though coal mining at the head of the Wollangambe has polluted that key wild river.

The divide between the Colo and Hunter Rivers crosses the northern section of the wilderness, with Widden Brook, Baerami and Martindale Creeks flowing north into the Hunter River.

The Colo River and its main tributaries (the Wolgan, Capertee and Wollemi) form the most extensive wild river system in NSW.

The Colo flows out of the wilderness and plays a vital role in maintaining the water quality of the Hawkesbury River, particularly its salinity balance. The river is also noted for its high native fish diversity, with over twenty species recorded.

Sadly, despite recommendation in the Wollemi NP Plan of Management, Blackwater Creek (in excellent wild condition) and Martindale Creek (north of the Hunter range and draining to the Hunter) were not assessed by the Dept of Environment, Climate Change and Water in 2008, and hence have not been declared as wild rivers. 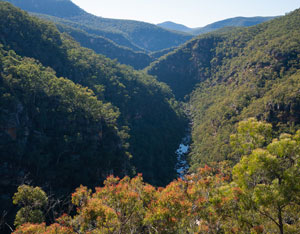 Numerous remote sites of art in caves and engravings on rock platforms have now been recorded.

Variations in topography allow for a wide range in vegetation types generally representative of the drier flora of the sandstone plateaus of the Sydney region.

Pockets of rainforest are found in the smaller side canyons and on some of the basalt peaks. It is in one of these canyons that the unique Wollemi Pine (Wollemia nobilis) was discovered in 1994. 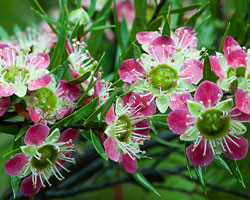 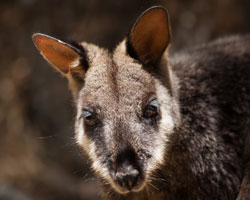 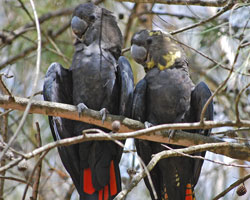 The main threat to the Wollemi wilderness is from adjacent land uses to the park, and key amongst these is coal mining under Newnes State Forest (Newnes Plateau).

In terms of climate change this plateau is also the highest large area that plant species will seek to move to. This area is currently the focus of a community ‘Gardens of Stone’ campaign to make this area a State Conservation Area.