conservation
What is wilderness?
by Ian Brown 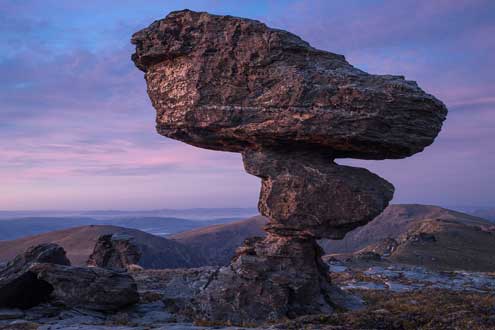 Ah wilderness…you may not go there, but do you like to know it exists? What is wilderness anyway, and why is it important? I rather like the Macquarie Dictionary’s fourth definition of wilderness, but number 5 is pretty good too - even though Definition 1 owes a lot to the National Wilderness Inventory and NSW legislation. 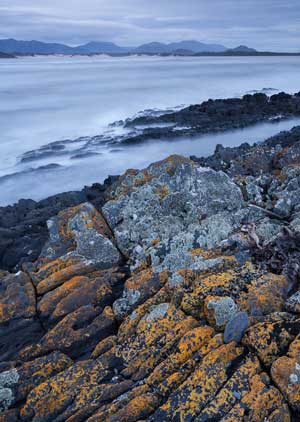 NSW was the first Australian jurisdiction to give legal protection to wilderness, when the Carr government passed the NSW Wilderness Act in 1987. The Act defines a wilderness area thus:

The established global definition comes from the International Union for the Conservation of Nature (IUCN). The 2008 IUCN guidelines for protected area categories define wilderness (Category 1b) thus:

Wilderness areas are usually large unmodified or slightly modified areas, retaining their natural character and influence, without permanent or significant human habitation, which are protected and managed so as to preserve their natural condition.

The primary objective is:

To protect the long-term ecological integrity of natural areas that are undisturbed by significant human activity, free of modern infrastructure and where natural forces and processes predominate, so that current and future generations have the opportunity to experience such areas.

In times long past, wilderness meant a place without people, where humans have never had an impact. It was sometimes seen as hostile to human life. This old meaning has created difficulties around the world. In Australia, Aboriginal people point out they have lived in ‘wilderness’ for tens of thousands of years. Some find the idea of an unpeopled landscape not only historically wrong, but offensive. 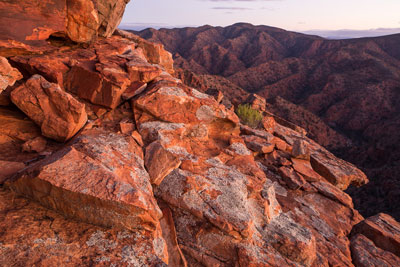 Gammon Ranges, South Australia   (Ian Brown)
Certainly our early conservationists were people of their time, and like the rest of society tended to ignore Aboriginal history, presence and heritage.

In fact there are very few if any places in Australia that have not been lived in or at least visited by Indigenous people over their perhaps 60,000 years of occupation.

Debate continues about how much Indigenous land management changed Australian environments through use of fire, hunting and other actions, but it is likely to have varied greatly across our diverse landscapes and ecosystems.

From an ecological perspective, Indigenous management was an influence on the landscape, but people did not evolve the species nor construct the landforms. 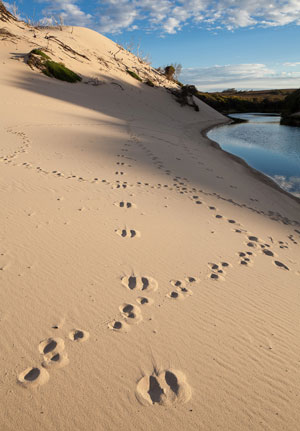 For analysis of the tangled meanings around ‘wilderness’, see Haydn Washington’s work on “The Wilderness Knot” (links below).

For many decades now, wilderness in Australia and around the world has come to simply mean a ‘large natural area’, that has not been impacted by modern human technology.

This means no roads, dams, powerlines, farms, large cleared areas or other modifications, where ecosystems are mostly intact and natural processes can continue.

In Australia, few places are ‘pristine’, because most of the landscape is affected by reduced water and air quality, changed fire patterns, and introduced plants and animals. But wilderness is the best we have left of pre-European Australia – or as The Wilderness Society has described it: “the original and best of planet Earth”.

Wilderness is the only land category that excludes development and high impact recreation. Wilderness lies at the natural end of the land use spectrum, with densely-populated cities at the other end.

What is wilderness good for?

The importance of wilderness to biodiversity conservation is well established. A group of eminent researchers from the Australian National University prepared a report for Environment Australia in 1997 on “The Role of Wilderness in Nature Conservation” (Mackey et al 1998). In detailed analysis they showed that wilderness is a crucial component of an integrated strategy for nature conservation:

Large reserves unquestionably offer the best prospects for long-term maintenance of ecosystem processes and integrity. The merits of large areas of ecosystems as free as possible from threatening processes have also been outlined…

Wilderness areas, declared and de facto, are the keystones for an ambitious conservation initiative in eastern Australia. The Great Eastern Ranges (link below) aims to create a continental-scale wildlife corridor by protecting, linking and restoring “healthy habitats over 3,600 kilometres from Western Victoria through NSW and the ACT to Far North Queensland”. 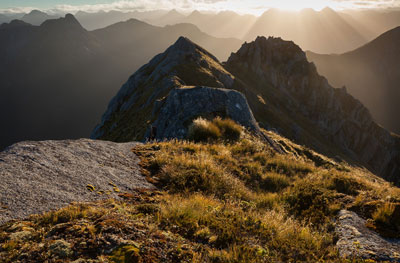 In the market-place of our consumer culture, fuelled by hubris, it is remarkable that it has been done at all. Governments and industry cling to the suspicion that our wilderness must hold latent opportunities for financial gain, so they are reluctant to stand these lands aside from commerce.

But our ‘human nature’ was forged when nature dominated our daily existence. By psychology and by temperament we are poorly suited to the rapidly changing technological world that we have so recently constructed around us.

Even now, when humans are fast changing most of the Earth, we still like to have plants and pets in our homes, we love being outdoors, we thrill to films, images and books of nature and adventure, we crave ‘peace and quiet’.

Nature remains a counter to materialism and vital to our spiritual wellbeing. As the American philosopher Henry Thoreau wrote: “We need to witness our own limits transgressed, and some life pasturing freely where we never wander”. Wilderness is where we came from; we sever the connection at our peril.

Wilderness in the Blue Mountains

The Greater Blue Mountains park system includes five wilderness areas declared under the Wilderness Act (Wollemi, Kanangra-Boyd, Nattai, Yengo and Grose), one area identified as wilderness under the Act but never declared (Murruin) and one other area of potential wilderness that has not been assessed (Blue Labyrinth).

Blue Mountains wilderness areas also protect three of only six streams declared as Wild Rivers in NSW under the National Parks and Wildlife Act: the Colo,  Grose and Kowmung. 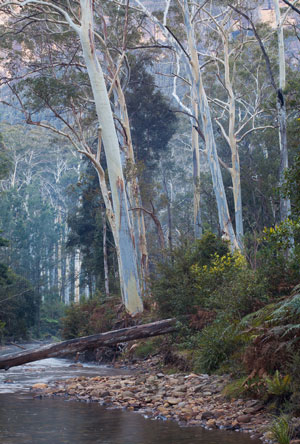 Mountain Blue Gums on the Grose River
in the Grose Wilderness, NSW   (Ian Brown)
The five declared wildernesses together amount to two-thirds of the million-hectare Greater Blue Mountains WHA, a notable achievement so close to Australia’s largest city.

It is also indicative of how rugged is the region’s landscape, that it has been able to survive our industrial society in a mostly natural condition.

The provisions of the Wilderness Act are designed to make sure it stays that way, but the future will also depend on good management, resources and government will.

The Wollemi Wilderness is the largest legally protected wilderness on eastern Australia, possibly the whole of Australia, and Kanangra-Boyd is the second largest. They will likely retain that status because the only potential competitors are in far north Queensland and Tasmania, and both states have recently retreated from wilderness protection.

The Blue Mountains wilderness areas protect not only the ecological integrity of superb landscapes, scenery, geoheritage and myriad threatened species, but also the water quality of major catchments, such as Warragamba, and vast Aboriginal heritage in its original setting, including hundreds of rock art sites.

Large natural areas are essential to prevent a further cascade of extinctions in Australia and they are the most cost effective way of managing large areas (Mackey et al 1998).

The future of wilderness

Only 4.4 per cent of NSW was found to be in a wilderness condition in 1986 and some of that has now gone. 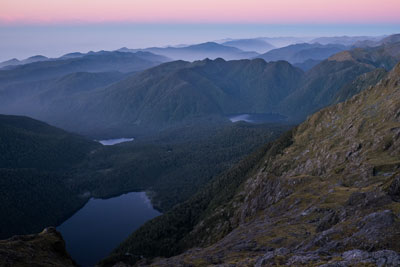 But wilderness, occupying the most natural end of the environmental spectrum, and if we seek to live in harmony with our world, will remain the rock to which other conservation initiatives are anchored.

There are now scientifically-based global movements for ‘rewilding’ damaged areas and protecting much more of the Earth (“Nature Needs Half” – see link below).

Wilderness will be crucial to these aims.

We have the power to bend the whole planet to our will, but wilderness is the only land use where we choose to say: this is for nature, first and always. Besides, if we don’t save more wilderness, global ecosystems will crash…and civilisation too.

(some of this text is adapted from the Preface to Celebrating Wilderness, ed. Ian Brown, Envirobook, 2006)